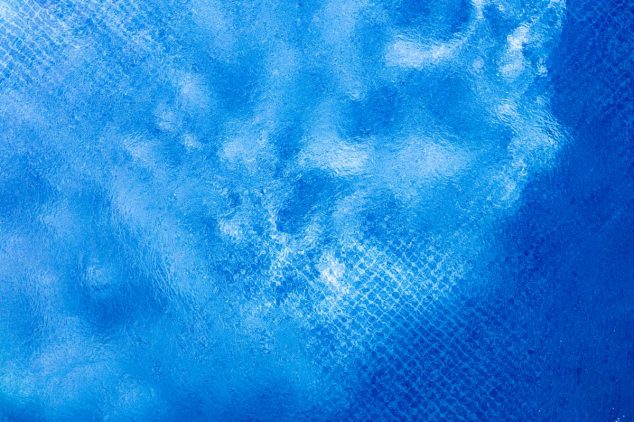 If you follow technological advancement in the workplace, you’ve probably heard about the Internet of Things (IoT). The IoT is fundamentally altering the game, and now is the time to participate.

But where do you even begin? Tank level monitoring is one example.

Tank level monitoring (TLM) is an excellent first step towards becoming familiar with the IoT, whether you’re tracking frac tank levels for a well stimulation project or monitoring a straightforward water tank. The objective of tank level monitoring, as with any IoT project, is to gather accurate and trustworthy data so that you can take action and produce results. People won’t trust your tank monitoring system if your data is inaccurate, lacking, or late, and you won’t receive the desired business outcomes.

Tank level sensors are the “bedrock” of any solution for remote tank monitoring. Your sensors are the first stop on the data route for tank level monitoring since they produce the information that eventually supports decision-making. Nothing else matters if your tank level sensors don’t get reliable data. The greatest analytics and most attractive dashboards cannot compensate for subpar tank sensors.

Garbage in, garbage out, as the saying goes.

We wanted to discuss how to select the best tank level sensor for your project because of how crucial tank level sensors are to your whole tank monitoring system. You may purchase accurate and trustworthy tank sensors that generate excellent field data without spending a fortune with a little help.

Your application will determine which tank level sensor is ideal, so we’ll outline the main benefits and drawbacks of each sensor to assist you in making an informed decision for your tank level monitoring project.

A tried-and-true method for obtaining affordable, precise tank level data is using hydrostatic tank level sensors. These sensors are used to gauge the fluid column’s hydrostatic pressure. Typically, hydrostatics are mounted to discharge piping at the bottom of tanks, submerged in the liquid at the tank bottom.

Hydrostatic tank level sensors can be installed in various types of tanks without the need to create a new sensor because they are affordable, accurate, power-efficient, and have variable ranges.

Unfortunately, because hydrostatic sensors are frequently entirely submerged in liquid, they can experience greater failure rates. This can be quite difficult, especially with corrosive or caustic solutions. The cable gland, where fluids can enter and short circuit the delicate electronics that power the sensor, is one of the most frequent locations for failure in hydrostatic sensors.

Ultrasonic tank level sensors, as their name suggests, assess liquid levels using sound waves. They are installed on top of your tanks, use ultrasonic waves to “bounce” off the liquids’ surfaces, and gauge level by timing how long it takes to hear the “echo.”

The fact that ultrasonic sensors are non-contact, meaning they don’t make direct contact with the liquid in the tank, is one of its key advantages. Fluid compatibility is less of a concern, and they can function effectively in tanks where the liquid contains mixers or other moving mechanical components (note that the mixers must be off for accurate level readings, as sloshing and turbulence interfere with ultrasonic sensors).

Additionally, the cost of these sensors is reasonable, ranging from $300 to $400 per sensor. If you want greater performance or hazardous area certifications, though, budget closer to $1,000.

The fact that ultrasonic sensors use a lot of electricity is one of their key drawbacks. They can need 10-100 times as much power as hydrostatic sensors, hence they are often not appropriate for battery-powered installations.

Additionally, compared to other sensors, ultrasonic sensors typically require more upkeep. They require precise installation, maintenance of a dead band or “blanking zone” between the sensor and the fluid, and periodic cleaning of the detecting device (some fluids can create a film that affects performance)

Last but not least, noise interference is a major threat to ultrasonic sensors. The ultrasonic waves that travel to and from your sensors can encounter problems if there is foam or vapor present.

Radar sensors are often substantially more expensive when compared to the other two gadgets we’ve discussed so far. A competent radar tank level sensor should cost more than $2,000 in total. Radar still requires a substantial blanking zone between the bottom of the sensor and the top of the tank despite the more precise electronics. It can be challenging to obtain precise measurements as tanks fill due to the fact that light waves move so much more quickly than sound.

One advantage of radar sensors is their ability to measure fluid interfaces, such as the presence of oil in water. Even a small amount of emulsion between the interface can be taken into account by more sophisticated electronics while maintaining reliable measurements.

Float sensors extend a probe into the liquids near the bottom of your tank, and they have continuous detecting elements along the probe that are activated by floats. Float tank sensors may be made to be extremely accurate using this approach. They can even monitor fluid interfaces by utilizing numerous floats for various liquid densities because they don’t suffer from noise or interference issues.

Float sensors, on the other hand, can be very pricey. The price of a float sensor is almost immediately inversely correlated with tank height. You might pay $1,000–$2,000 for shorter tanks (less than 5 feet tall). On the other hand, larger tanks exceeding 25 feet may cost up to $3,000 or more.

“Sticking” is one problem that float tank sensors may have. Although some manufacturers’ recent technological innovations have addressed this issue in some circumstances, it can still arise in certain circumstances. For instance, floats may adhere to the probes in liquids that result in sticky or waxy substances, leading to inaccurate static level measurements. Investing in oleophobic probes that don’t stick or performing routine cleaning can assist guarantee float sensors are accurate.

Sensors for capacitive tank levels
Capacitive sensors will be the final category we discuss. These sensors consist of two electrodes, which are conductive probes that protrude into your tank. These probes track variations in capacitance when the fluid level in the tank rises and falls to determine the amount of fluid present.

The adaptability of capacitive tank level sensors is one of its main selling points. They can be applied to a variety of media, including solids and powders that aren’t liquids. They are also comparatively affordable. Capacitive sensors fall somewhere between radar/float sensors and hydrostatic sensors in terms of cost compared to the other sensors we’ve covered.

It’s crucial to be aware of the sensitivity and susceptibility of capacitive sensors before making a purchase. Capacitive level sensor readings can be impacted by temperature, humidity, and fluid type. Capacitive sensors provide another degree of operational complexity by requiring operators to calibrate equipment while tanks are both empty and full.