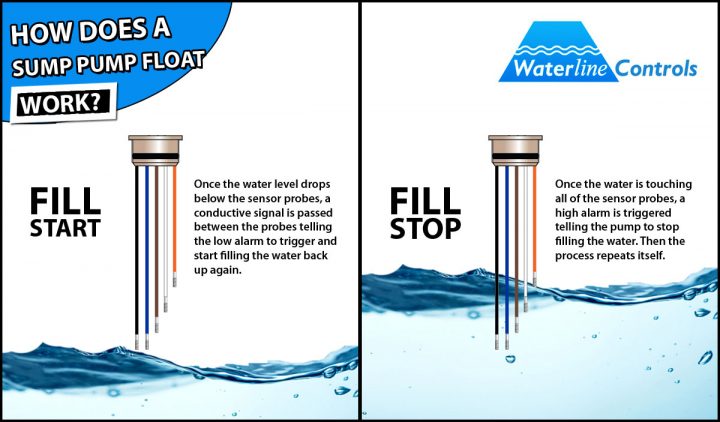 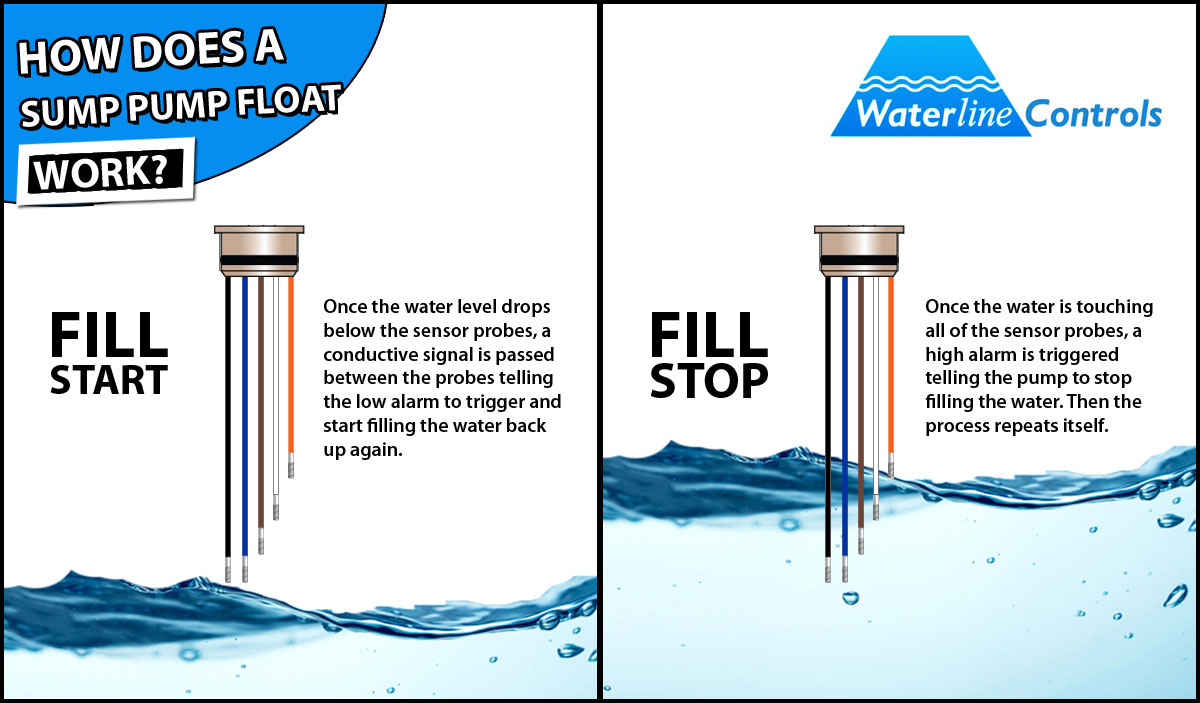 Sump pumps are set off automatically once the water level in the sump pit gets to a predetermined height. A homeowner can calibrate the pump to start at any depth they wish by adjusting the float device of the sump pump.

Water runoff and/ or seeping water is collected inside the sum pit. As the water gathers, a float rises as the water level rises. The float has control of an on/ off switch for the pump. Once the float rises to a predetermined height, the pump turns on. The pump continues to function until the float falls low enough to disconnect the switch. The pump is inactive once more until the water level increases again.

Different types of floats are used by different types of sump pumps. Pedestal pumps will typically have a bulb type float connected to a metal rod that turns on the pump motor’s switch. Other types of pumps utilize floats attached to arms that will raise and lower as the water level rises and lowers. A tethered float is a float that is attached to the pump utilizing a tethering mechanism.

Float switches and water level controls typically start out open, meaning there are no alarms that are required to be activated since the water level is at its lowest.

With correct maintenance, your cooling tower float switches could last for years of operating. A lot of float switch failures typically occur due to degrading, wearing out, or fouling. Cooling tower coatings can safeguard the storage tanks, but what is safeguarding the float switches? Our water level controls can replace your old float switches once and for all and won’t degrade, wear out, or foul, because of any water quality.