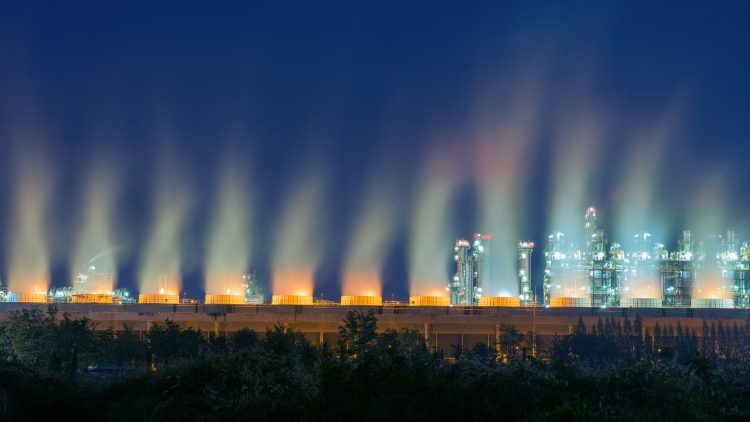 At Waterline Controls, we understand the challenges faced in industry when it comes to the responsible use of water, especially when there are millions or billions of gallons involved. That’s why we were happy to see the innovative solution created by MIT researchers that deals with the problems of water reuse involving thermoelectric plants.

Fossil fuel thermoelectric plants, which produce about 90% of our power here in the US, consume billions gallons of water per day. These plants depend on water to provide the steam to drive the electricity-generating turbines and to keep the plant cool. According to USGS, 99% of that water is surface water and most of that is freshwater extracted from rivers, lakes, and reservoirs. Reuse of that water is vital, but can be very difficult.

An Innovative Approach to Water Reuse

MIT researchers Dr. Maher Damak and Dr. Kripa Varanasi have developed an innovative way to use the water consumed by thermoelectric power plants more responsibly, as published in Science Advances. Their focus is on the water that escapes through the cooling towers. Keep in mind that the cooling towers are an integral part of keeping plant temperatures under control.

As water vapor leaves the massive cooling towers, a beam of ions (electronically charged particles) passes through the vapor cloud. These ions cause the water droplets within the vapor to become charged. Those droplets are then attracted to a metal mesh placed over the top of the cooling tower. The mesh traps the droplets. After the trapped droplets are collected, the water can be reused. The power plant can reuse the reclaimed water, or it can be a source of potable fresh water for coastal cities (many of which use seawater to cool their thermoelectric power plants).

How it is Different

This isn’t the first time that an attempt has been made to use a mesh to capture water exiting as vapor from the cooling towers. However, previous designs have been incredibly inefficient, capturing maybe 3% of the potential water vapor escaping. Strange as it may seem, the problem with these previous mesh designs was an aerodynamic one. The mesh acts as a flow barrier, and the water vapor flows around it. Damak and Varanasi’s solution, however, attracts the flow of vapor to the mesh by electrically charging the droplets, so they are drawn to the mesh, which has a small voltage applied to it. Also, the droplets are attracted to the wire itself, and not the holes.

A full-scale test version of the device will be installed on the cooling tower of MIT’s Central Utility Plant before fall of this year. It is easy to integrate into existing equipment and does not require any significant modifications. The purpose of this test is to “de-risk” the technology so that power companies, which tend to be quite conservative when it comes to new technology, will be more comfortable considering it.

Here at Waterline Controls, we are committed to the responsible use of water, one of our most precious natural resources. Because of that, we remain committed to providing technology that supports water conservation. For example, our cooling tower water level sensors and controls prevent the loss of water by providing reliable solutions to the failure/overflowing of the float valves. Our controllers are designed for 99% reliability at a 15-year life cycle. They are modularly designed so that if one component fails, only that module needs to be replaced — not the entire unit. And our electronic sensor design uses just a small amount of power, is far more dependable than float switches, and will not degrade, foul, or plate. The characteristics make our controllers an environmentally friendly, reliable solution to water conservation problems.