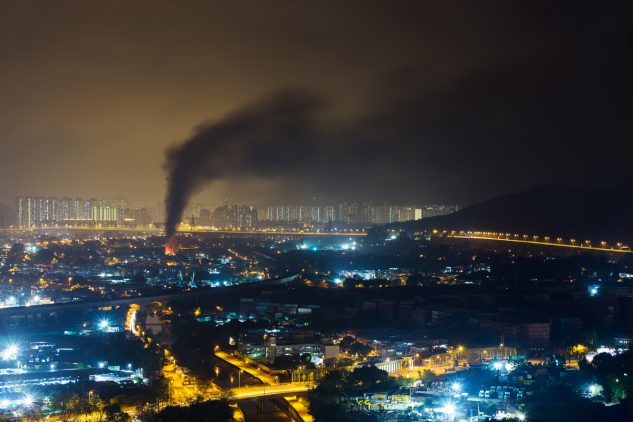 What do high-rise buildings, stadiums, medical centers, and warehouses all have in common? These massive commercial structures necessitate the use of commercial fire sprinkler systems to provide the best possible fire protection. When it comes to the usefulness of fire sprinklers, there are many myths that obscure the realities

In fact, glycerin-based solutions are stored within the glass bulbs of fire sprinklers. The glycerin-based liquids inside the bulbs swell when hot air of 135 to 165 degrees Fahrenheit collides with them. The bulb shatters as the liquid expands. As a result, the sprinklers are turned on right away.

It’s reassuring to know that the toast burning in the office break room won’t set off the fire sprinklers.

Myth: When one sprinkler activates, all sprinklers activate as well.

The truth is that each sprinkler works in its own unique way. The water from just one or two sprinkler heads is enough to put out the majority of flames in commercial environments. According to data compiled over the course of 80 years of automated sprinkler use, 82 percent of fires are put out with no more than two sprinkler heads.

Fire sprinklers release significantly less water than a firefighter’s hose, which does far less damage. When a fireman tries to put out a fire on a commercial building, he uses six times the amount of water that a sprinkler system would. As a result, a fire service visit and subsequent extinguishment can result in considerable water damage.

Install a business fire sprinkler system to keep water damage to a minimum. Remember that a single sprinkler head rarely activates the entire system. Small fires are put out, and water damage is minimized.

While smoke detectors notify staff to the presence of a fire, they do nothing to extinguish it.

Furthermore, if a fire breaks out late at night or on weekends, the fire alarm system fails to put out the flames, allowing the fire to spread and destroy property long before the fire trucks arrive.

Fact: When an automatic fire sprinkler system is installed, the number of injuries and fatalities is minimized. According to the National Fire Protection Association, there were 0.8 deaths per 1,000 recorded fires in houses with an automated extinguishing system (AES); nevertheless, there were 6.3 deaths per 1,000 reported fires in structures without an AES. According to the research, buildings with sprinkler systems have an 87 percent lower death rate than those without.

There are alarming statistics about fire-related injuries and the essential role sprinkler systems play. When a structure had a sprinkler system, there were 23 injuries for every 1,000 recorded fires. This means that buildings with sprinkler systems have a 27 percent lower injury rate than those without. The fires were either too small to activate the sprinklers, or injuries were inflicted in the first stages of the fire outbreak, before the sprinklers could activate, resulting in injuries.

Myth: There is no need to maintain a business fire sprinkler system.

Sprinkler systems, like any mechanical device, require regular maintenance in order to function during vital moments. Sprinkler failures can be caused by a lack of maintenance. It’s worth noting that, because to advances in fire safety equipment, fire sprinkler failures are becoming less prevalent.

Regular maintenance involves ensuring that pipes do not freeze in freezing weather, testing sprinklers weekly, monitoring pipe pressure, inspecting heads for damage and unrestricted flow on a regular basis, looking for leaks, and ensuring that valves open and close properly.

Myth: Installing sprinklers has no impact on property insurance premiums.

Certain local rules may require the installation of sprinklers. While installing sprinklers might be costly for certain businesses, many insurance companies will lower premiums if a sprinkler system is installed. Annual sprinkler inspections are essential to maintain the lower insurance prices.

If your commercial property’s fire sprinkler system is turned on and well-maintained, a fire is unlikely to cause substantial damage. In the event that a tiny fire breaks out and is quickly put out by sprinklers, the fire damage will be minimal.